An Internet KGB for Europe 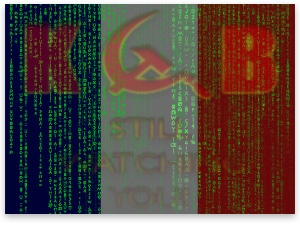 An international host of lawyers, rent seekers, and bureaucrats are working for the development and enforcement of IP laws. But they labor under the false assumption — as N. Stephan Kinsella shows — that there is a scarcity of ideas.

[This article was initially published on Mises.org: http://mises.org/story/3315]

French political elites are pushing through, at home and abroad, the most unscrupulous law project on copyright: HADOPI, which stands for Haute Autorité pour la Diffusion des Œuvres et la Protection des droits sur Internet (high authority for the distribution of works and the protection of rights on the Internet).[1]

Its other names are „the three strike approach” or the Orwellian „Creation et Internet.” State-capitalist Denis Olivennes, the former president of FNAC and head of the group appointed by French President Sarkozy to elaborate the HADOPI project, is highly recommending the spread of this KGB-style solution either to neighboring countries or directly to the European Union. (Europe’s budding superstate is meeting some token nationalist resistance, so, for the time being, it is only agreeing to do things the French way when „state security” is threatened — whatever that means.)

However, it is naïve to think that this law will succeed at the national level and not eventually be included in the European Telecoms Package.

The project is supposed to replace an older law that stipulated a huge fine for copyright infringers. That law proved inefficient, since it required prosecution, defense of the accused, and a judge’s decision — much too slow for the copyright police. Instead, HADOPI can act without any traditional legal ties. The High Authority abolishes private-property rights in a widespread a priori presumption of guilt against all users of the Internet. This is generalized aggression. However, the accused can try to avoid the „copyright crime” punishment by seeking a solution through the plodding judicial system of the same state that concocted the HADOPI project. Good luck!

Let’s take a chilling look at the nascent High Authority.

The bill presented to the French senate gives the High Authority these duties:

A KGB for the Internet?

The broad powers that will be given to the High Authority have to be read to be believed. Here are a few examples:

In the exercise of its competence, the members of the college and of the Commission for the Protection of Rights shall receive no instruction from any other authority.

In order for the Commission for the Protection of Rights to exercise its competence, the High Authority shall have at its disposal public agents…

They may, for procedural necessity, obtain all documents, of any format, including data kept and processed by operators of electronic communications…

They may obtain from electronic communications operators the identity, postal address, electronic address and telephone numbers of the holder of the subscription […] without the consent of the bearers of the rights…[3]

How far down the road are sleep deprivation and waterboarding?

The bill’s „Mode d’emploi” reveals that after a year of warnings — one e-mail and one snail mail — the High Authority will be unleashed: it is given the power either to suspend the subscriber’s Internet service for three months and to ban the subscriber from contracting with any other Internet provider during that time, or to issue „an injunction to take measures to prevent the renewal of the established breach and to give account to the High Authority, where necessary upon penalty.”[4]

Furthermore, although the subscriber no longer has Internet access, he is still responsible for paying for the service.[5]

In addition, the ISPs will bear the financial burden of enforcement, one way or another. First of all, they must ensure that no copyrighted material is distributed through their services. Does this mean that the ISPs are to check data packets, one by one, the same way the post office opens letters in wartime or under communism? But at what cost?

Then, if the Authority discovers a copyright „crime,” the ISP will be notified about the punishment of one of their contractual parties and ordered to enforce the 3 month Internet suspension. If the ISP does not acquiesce, the Authority may „levy a financial penalty on the service provider of a maximum of € 5,000 per breach recorded.”

Even more troubling is the fact that not all of the High Authority’s powers are delineated by the bill so that other means of enforcement could be a surprise to everyone involved: „The High Authority shall establish the list of security means accepted as effective in preventing the breaches of obligation.”[6]

History Will Teach Us Nothing — with Special Interests Around

The analysts of the present economic crisis are wondering whether we have learned anything from 1929. Or the 1970s. Or the 1990s. But what about 17th-century France?

In his Austrian Perspective on the History of Economic Thought, Murray N. Rothbard tells us of Louis XIV’s assault on freedom and prosperity, shortly after the death of his famous finance minister, the wide-scale interventionist Jean-Baptiste Colbert:

More important in stunting France’s industrial growth was the disastrous prohibition of the popular new cloth, printed calicoes. Cotton textiles were not yet of supreme importance in this era, but cottons were to be the spark of the Industrial Revolution in eighteenth century England. France’s strictly enforced policy made sure that cottons would not be flourishing there.

The new cloth, printed calicoes, began to be imported from India in the 1660s, and became highly popular, useful for an inexpensive mass market, as well as for high fashion. As a result, calico printing was launched in France. By the 1680s, the indignant woollen, cloth, silk and linen industries all complained to the state of ‘unfair competition’ by the highly popular upstart. The printed colours were readily outcompeting the older cloths. And so the French state responded in 1686 by total prohibition of printed calicoes: their import or their domestic production. In 1700, the French government went all the way: an absolute ban on every aspect of calicoes including their use in consumption. Government spies had a hysterical field day: ‘peering into coaches and private houses and reporting that the governess of the Marquis de Cormoy had been seen at her window clothed in calico of a white background with big red flowers, almost new, or that the wife of a lemonade-seller had been seen in her shop in a casquin of calico’.…

Literally thousands of Frenchmen died in the calico struggles, either being executed for wearing calicoes or in armed raids against calico-users. Calicoes were so popular, however, especially among French ladies, that the fight was eventually lost, even though the prohibition stayed on the books until the late eighteenth century. The smuggling of calicoes simply could not be stopped. But it was of course easier to enforce the prohibition against domestic calico manufacture than against the entire French consuming population, and so the result of the near-century of prohibition was to put a total stop to any domestic calico-printing industry in France. The calico entrepreneurs and skilled craftsmen, many of them Huguenots oppressed by the French state, emigrated to Holland and England, strengthening the calico industry in those countries.[7]

Let us now turn to the preamble of the HADOPI project: it declares that the new Internet era has finally arrived and that it is a wonderful opportunity for the dissemination of cultural works, „unprecedented since the invention of the printing press.” But, if intellectual property rights are not respected, „never have the conditions for creating these works been so much under threat.” Indeed,

the recorded music market has fallen by 50% in volume and in value during the last five years which is reflected by a serious impact both on employment in the production companies and on artistic creation and renewal, with the cancellation of many performers’ contracts and a fall of 40% in the number of new performers „signed up” each year. Cinema and television are beginning to feel the first effects of this change in habits and books will probably quickly follow this trend.[8]

In the case of 17th-century France, economic policies were justified by what we now call mercantilism. Rothbard argues that it was not an economic theory unto itself but only a set of fallacious pleas made by businessmen and their paid bureaucrats to get a bigger piece of the pie at the expense of neighbors, be they individuals or countries. Mercantilism was based on the idea that exchange is „zero sum”: one party wins and the other loses. In fact, however, both parties gain from any peaceful exchange.

Regardless of its underlying ideas, the calico all-out ban was instrumental in protecting the less efficient members of an industry from those whose investments were not trapped in old technologies — those who stood ready to come to the profitable service of „French ladies,” whose rights were also trampled upon in this process. The old industry wanted to put a stop to this new development, and Louis XIV’s army of bureaucrats was set to the task.

In the case of the 21st-century hunt for downloaders, we have, instead of mercantalism, the underlying ideology of IP, the theory that „intellectual property” is akin to real property, and that the rightful owners are deprived of their rights by the masses at large — with the help of new information technology and the development of the Internet.

An international host of lawyers, rent seekers, and bureaucrats are working for the development and enforcement of IP laws. But they labor under the false assumption — as N. Stephan Kinsella shows — that there is a scarcity of ideas.[9]

Ideas are not scarce, and therefore cannot be the subject of property rights. To consider ideas to be property leads logically to actions that will affect the distribution of existing legitimate property. The error of IP, in other words, entails aggression. In fact, „anyone has the right to structure or format his property any way he wishes and this right cannot be severed from him by the way others choose to use their property.”[10]

Again, irrespective of the underlying ideas, the download ban is instrumental in protecting the less efficient members of the intellectual and artistic industries at the expense of the entrepreneurs whose investments are not buried in old technologies, who can use the „information era” to obtain profits from their customers. And, of course, the rights of the end users are again trampled. Adapting to new technologies can prove expensive. It is much cheaper to „convince” politicians to pass laws that protect the old-fashioned way of doing business.

Where previously we may have had, in the words of Kinsella, „factual ambivalence” on the consequential merits of IP laws in producing more wealth (intellectual or not), new studies show pure stagnation, deserving not ambivalence but censure.[11] In the case of downloads, the great hunt promises to cripple the Internet. And HADOPI is only one of the state’s tentacles.

[1] „Government Bill Promoting the Dissemination and Protection of Creative Works on the Internet,” French Republic, Ministry of Culture and Communication.

[10] Cristian Comanescu, translator note to chapter 16 of Rothbard’s The Ethics of Liberty. My translation.

[11] I thank Ionela Baltatescu for this link and additional comments. 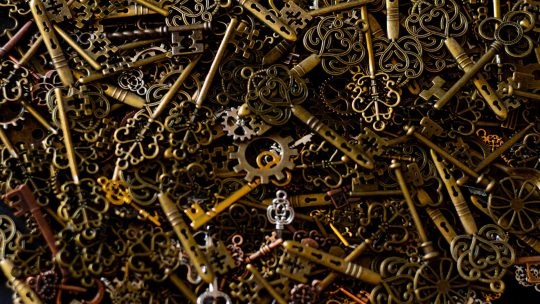 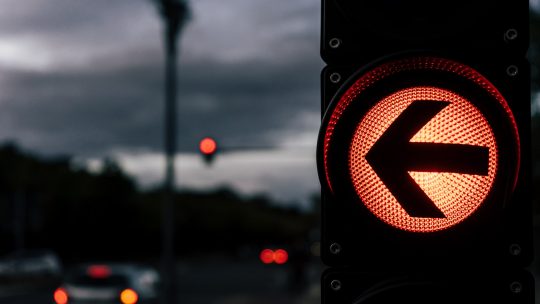 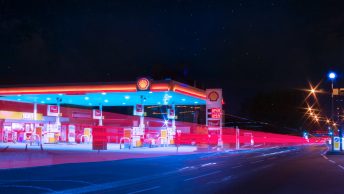 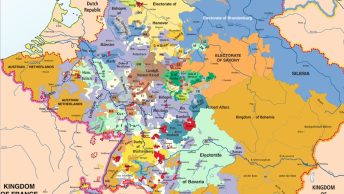