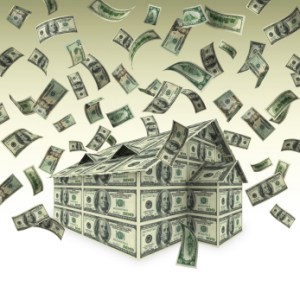 John Subprime Smith, unemployed worker of Zzyzx, California (real city), in a quick glance assesses he’s qualified for his local bank’s exclusive mortgage terms. Five years after, in the summer of 2007, John realizes he can no longer pay his mortgage rates, bank catches on its lack of liquidity, and the Fed realizes its moral duty to provide liquidity… Ten years earlier, Joe ”the Overoptimistic” Doe also had a small credit from the same bank and placed it in Mirage.dot.com.Inc. stock. Highly over-valued, the stock was to go bust, shaking the bank and bringing in the Fed with liquidity. The bank was saved and was generously waiting for… Mr. Smith.

“Markets are very good in finding their own ways of solving problems”, was the statement of Ed Lazear, the the Head Economic Councilor of GW Bush, in a totally unexpected surge of laissez-faire for an economist on the government’s payroll. Made in the context of the subprime debt crisis surging from the US banking system towards the world’s capital markets. The high-level official suggested that more than three quarters of the 2.5 million house owners affected are NOT exposed to default and repossession risks, because they will either find the resources to continue payment, manage to refinance or renegotiate the contract with the bank. The Administration declared it will marginally interfere to minimize to number of unemployed bankrupt debtors, but that it does not find reason for a general bail-out.

The tough road from theory to practice

If the US administration is allegedly at least 75% certain an intervention is not necessary, this certainty drops fast when we correct for the liquidity inputs that the independent Fed felt bound to give. In fact, how much, or better said, how is better? For almost a century economists didn’t manage to reach a consensus on the final cause and perfect answer to such economic troubles. Mainstreamers say there is neither bubble nor boom-bust cycles, just complex states of the economy, due to atypical evolutions in factor structure, such as technologies, that the government cannot systematically control. The ones grounded in Keynes’ work oppose with “market psychology” and anti-cyclic policies that can calm the boom and fight the bust. Finally, a third set blames all these problems on the fundamental model on which modern banking systems work, with a fractional reserve and the back-up of a central bank. (And the diagnosis is 50% of the cure…)

The grammar of intervention: to feed, fed, Fed

A technology shift to have started the subprime bubble is rather hard to find. People take shelter in houses for ages, and American habitats have the same four walls made of the same materials. The thesis of collective irrationality by banks and creditors doesn’t hold either, as modern psychology is silent on irrationality epidemics or generalized human error.

A proven fact though is that an economic crisis is also an intellectual crisis in the economists tribe. Three characteristics interest us such phenomena: they come from somewhere (are recurrent), appear in the industry of financial assets (for example real estate) and sit on clusters of errors (not just a bank or developer that fails, but clusters of them).

A non-mystical explanation though exists. Mises and Hayek, the two great heretic economists (for central bankers at least) found it a long time ago – the expansion of credit. The reasoning is simple enough – the expansion of credit by the multiplication of money in the banking system and subsequent lending PLUS interest rates artificially reduced versus the natural rates resulting from the ratio of real saving to natural consumption and/or to debtors with sub-marginal credibility, all distort the pattern of expenses and investments in the economy. Capital is lost in unsound and unprofitable investments, and the realization of the loss leads to a sanitary contraction of credit. Resource-wasting projects are stopped. What can the central bank do under the circumstances? Nothing… that would repeat the story.

The subprime crisis of 2007 is the daughter of the one exploding in 2000 that marked the ending of the dot.com economy on US stock exchanges. And that one is related to one in the mid-90s and so on.

In order to avoid the deflationary consequences of the 2000 bust plus 9.11, the Fed decided to sponsor a suite of interest rate reductions, to less than 1% (in the summer of 2003). M.O. – classic, by crediting the mandatory reserve accounts kept by commercials banks in the Federal Reserve System. On these new reserves, banks created new deposits, on which more borrowing could be made to the mathematical limit of the credit multiplier. The increase in credit availability reduced both the interest rate and banks’ prudence. And the banks, naturally looking to maximize profits by using all available resources, opened their gates to clients with a credit history and rating that would have made a credit officer smile… out loud. In 2004, the Fed started to fear the inflationary effects of its cheap money policy and slowly raised the interest rate, in order to reduce the propensity for credit expansion. The volume of credit entering real estate was drastically reduced, house prices fell, and multiple underperforming mortgages started to pressure on banks’ liquidity. Banks, in turn, not only stopped lending but went looking on the inter-bank market for money to plug their balance sheets.

“Credit crunch” is not a diet snack

The subprime crisis did not appear because the reference interest rate rose with almost 4 PPs in the last four years. That’s why it happened earlier. On the free market, the deposit interest rate is determined only by the time preferences (saving vs. consumption) of all market actors. If it decreases by fiat rather than because an increase in saving, the investors, who cannot see the trick behind the number, enter large investment projects, time-consuming as well, that beforehand were downright unprofitable. Investors should now some economics too, and figure out what the central bank is doing to sift good from bad in the interest rate. Banks should also not speculate on a large scale this lack of precaution (and form the above mentioned clusters of failure). The central bank should also not let commercial banks err in their ways, though without sapping the purpose of the banking system with excess regulation.

Difficult indeed. Problems appear when the extra money reaching employee pockets are spent just like before. Thus, once the expansion driven inflation is absorbed, the old ratios between consumption and saving are slowly re-established, penalizing the disproportion between capital and consumption goods. Companies realize they overinvested in capital goods (e.g. real-estate) and underinvested in consumption goods. The increase in the reference rate only hurries the inevitable disclosure of errors. The guilty party is thus Greenspan the Expansionist of 2001 rather than Greenspan the Anti-Inflationist of 2004.

Fear of deflation and associated recession invariably sets in an economy which, at a certain point, is just in crisis. But deflation phobia is as damaging as fear of medication. Deflation is the cure of the inflationary increase in credit that preceded it. It reestablishes the value of money and prevents the refinancing of investment errors. Only when it is confiscating in nature, such as during Argentina’s crisis, when the government suggested the appropriation of bank deposits in order to mask the massive money creation operation in the economy and save the banking system from utter bankrupt, only then is deflation truly bad. In the Japan of the last of the 90s, a country instinctively associated with the dangers of deflation, a most interesting phenomenon happened – commercial banks rejected the Central Bank’s play and chose to keep the liquidity the former pumped in the system. The gesture, typical of a national culture of saving, meant to minimize the exposure to the already damaged individual savings. The government was forced to go the way of direct credits and fiscal and budgetary measures. Thanks to them, the economy is recovering… so slowly.

But let’s return to the subprime crisis. This one had, from the very beginning, an involuntary patron in federal law – the Community Reinvestment Act, fighting discrimination and supporting social inclusion by means of easier credit to members of poorer suburban communities. As a funny coincidence, a CRA rating is required for the approval of mergers and acquisitions in the banking system. Most interesting.

A Fed peculiarity vs. other Central Banks, including ours, is that its scope exceeds the classic objective of “price stability”. The Fed aims for stable prices, but also for employment targets, economic growth and balances in equilibrium. It’s historical largesse is also tied to its privileged status of international dollar reserve. Inflation in the US was easily exportable, through currency rates, in countries with dollar reserves, without any significant accountability pressures from an internationally competing currency. The Euro and the subsequent restructuring of currency reserves (China) and dollar usage in international transactions (Iran, OPEC) could mend the Fed’s objectives towards a more disciplined and responsible fight with inflation, at the source.

Right now OECD, as an external political factor, and voices in the US market, as a domestic factor, insistently demand the Fed to reduce the interest rate so that liquidity inputs get both more generous and effective in countering the credit crunch – the imbalance in credit offer and demand, and the following liquidity thirst. The Fed resorted in the last month to more to liquidity tools, different from interest rate tools. The first operate on very short term, while the latter can bring substantial changes in the economy and thus require more wisdom in use. The Fed’s meeting on September 18 answered the problem of reference rate and the substantial option of the Federal Reserve with the options of “stay put or bail them out”. The Fed risked, lowering the reference rate from 5.25% to 4,75% (nota bene: in mid 2008, it has already reached a glorious 2%)!

The subprime crisis has predictably expanded across a world globalizing responsibility and moral hazard as well, mostly through innovative financial instruments such as derivatives on mortgage bundles and other. The massive securitization of illiquid assets jarred world finances, which turned for help to the closest central bank. Central banks behaviors differed according to national contexts and interests, but must initially chose to react with liquidity tools. The great central banks were caught in the trend of rising interest rates. Fed stated that it won’t support careless investors, but it might do anything for the health of the economy. And it did. The ECB was surprisingly the most energetic of the lot. An explanation would be that ECB offers a 3% interest rate for bank reserves above the mandatory amount, while Fed gives nothing, so European banks had greater liquidity needs and more money tied up with the ECB. On the matter of inflationary pressures, the ECB forecasted little of them, as operations requiring liquidity would unload outside euroland. The Bank of England abandoned its business as usual policy rather later, by throwing in temporary liquidity after the crisis caught on. The Bank of Japan also paid up, but in lesser amounts. The fear is that whoever chooses the heavy artillery of interest rate tools might also fuel recurrence, something that good bankers are able to feel. In crisis, technological or subprime, the management of the original sin is everything, not retarded braking or hazardous forgiveness on and for those that only take on the “risks of not losing”.

(This article was previously published in a slightly different Romanian version as cover story in PIATA FINANCIARA – finance&banking magazine – no. 9, september 2007) 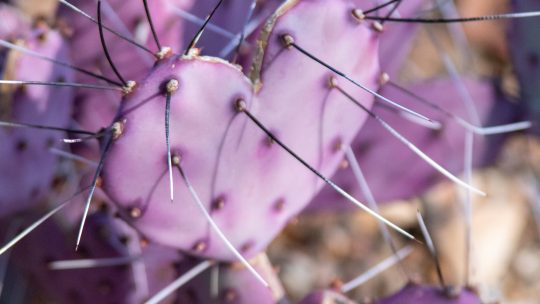 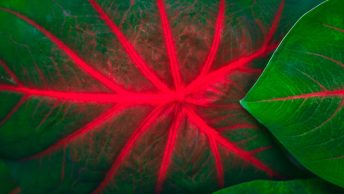 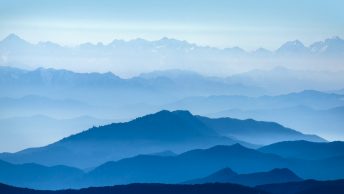 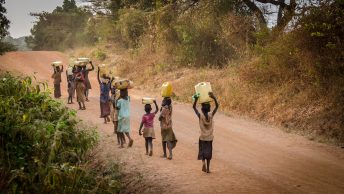